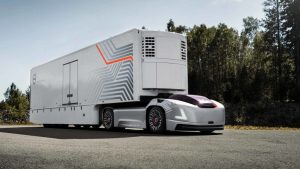 With the growing rise of automation and Artificial Intelligence technology, robots are now taking up jobs which were initially done by human beings, leading to concerns that there will be significant job losses in the next decade. Long-haul truck drivers have a reason to worry, because, going by the current trends in the motoring industry, car makers are investing heavily in the testing of driverless and robot-driven cars. Uber is one of these companies that has started testing the driverless car technology, and with companies such as furhat robotics developing high-quality robots that suit various needs, the robotic era is here with us.

Many startups have ventured into the robot-driven vehicle industry with some of them conducting a successful test. For example, Uber let a commercial delivery truck run by itself for 344 miles across Arizona, where laws about robot-driven vehicles are lax. A trained safety operator sat behind the wheel just to ensure that all was okay. In countries such as America, where there is a shortage of long-haul truck drivers, robots will help bridge this gap.

With almost 80% of all road accidents caused by careless driving, robots may be a solution to this problem, as they are programmed, hence less likely to make mistakes on the road.

Robot driven trucks will help small businesses cut on shipping costs, and at the same time, increase the number of customers, because the delivery process will be smooth and hassle-free. It has been tipped that with this technology, e-commerce will surely grow in the next two decades.

Robot driven trucks will help reduce congestion, especially on the highways, because the truck is programmed to use the most appropriate route. This will, in turn, lead to reduced time spent on the roads and quicker arrival at the destination.