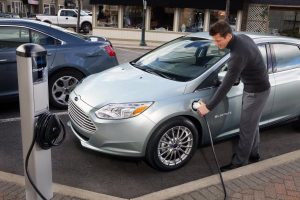 The popularity of electric cars has undoubtedly increased in recent years, with manufacturers and enthusiasts striving hard to make information related to them available to the consumer. This information is related to how electric cars work, the benefits of investing in one and the cost associated with owning such a vehicle. It has been said that electric cars are cheaper to maintain when compared to fuel-driven cars. A reason behind this, is that you will save on fuel costs, because these electric vehicles have batteries which store power; hence, when the battery is depleted, you will only need to plug into a power source either at home, at work or at charging stations, which may be found on highways, mostly in developed countries. The vehicles also have very few moving parts; hence, there is minimal tear and wear, helping you save on time and money spent in the garage.

The Future of Driving

With the popularity of electric cars and electric mopeds as a faster and safer means of transport, the future of driving is definitely going to change. We have seen the invention of vehicles with autopilot driving features, while other startups have also designed driverless cars. This is a clear indication that in the future we are going to see an increase in electric cars and driverless cars on our highways and streets.

Read through this section on the website to get a glimpse of the best electric cars we have on the market in 2019, including some of their selling features.